The journey starts in 2012 when drummer Marina Eckhart meets guitarist Alex Bartunek. They soon discover that they share the same musical vision and so Under Violet Skies is formed, with Marina additionally taking on vocals and also piano in the quieter moments of the band. Josef Haas on bass completes the trio, which is now equally based in Vienna, Graz & Imst in Austria.

All three musicians share their desire to stay independent, so it goes without question that they would produce and record all of their material by themselves. It’s very important for the band that everything released under their name, be it music or videos, is hundred percent them.

Work on the demo CD “Lost Inside Me“ is completed in 2014. It showcases Under Violet Skies’ musical melange of alternative rock mixed with metal, funk, pop and classical influences, together with electronic elements. “A big part of our music is to try and touch people on an emotional level, and also give them something to think about with our lyrics“ says Marina, “It’s all about the things you feel inside.“

2018 sees the release of Under Violet Skies’ official debut “Colors of Chaos“ on November 16, as they now have signed with Hamburg-based label Alster Records. The albums’ first video “Brilliant Red“ is unveiled on October 1, followed by “I Fall Apart“ on Dezember 21. 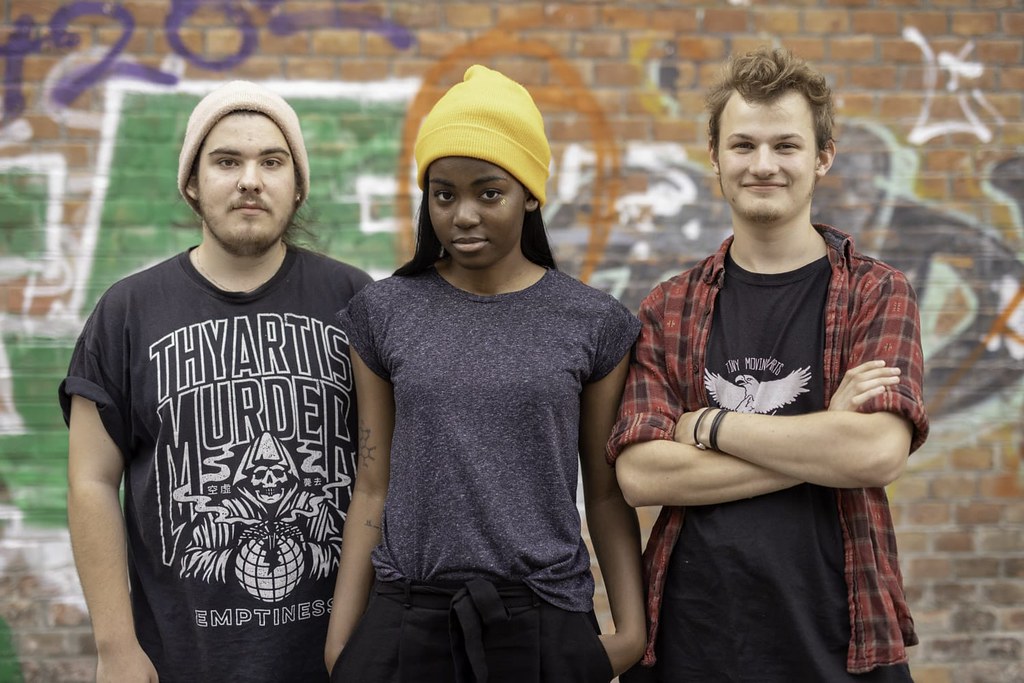